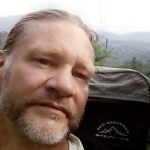 Hailing from the mountains of Colorado, I grew up with a love of the outdoors. As a young man, I had the opportunity to live and work at a natural healing center in the Superstition Mountains of Arizona. While developing an appreciation for the medicinal plants in the area, I also had the opportunity to participate in several peyote ceremonies with the local Apache. These experiences piqued my interest in the potential of ceremonial practices involving hallucinogenic preparations in the treatment of mental and physical health issues. This interest has led me to travel to Peru on two occasions to work with ayahuasca shamans in Amazonia.

After fulfilling my duties as a father and shipping my son off to college, I decided to follow his lead and enroll at Mesa State College in Colorado, where I earned a BA in Counseling Psychology. Continuing my education, I attended Colorado State University, where I examined the effects of cultural consonance on stress and depression among persons diagnosed with bipolar disorder. There, as a member of Jeff Snodgrass’ research team, I also examined cultural models and mental health among online gamers. My interest in cultural consonance theory and methodology led me to the University of Alabama. I am currently working in the Yorkín River Valley, located on the Talamancan Indigenous Reserve in Costa Rica. Here, I am examining cultural consonance in the domain of “a successful lifestyle” (senuk buae in the local language) and its relationship to stress and depression among the local Bribri inhabitants. For my next project, I am interested in creating a field site in the mountains of San Martin, Peru to examine cultural models of ayahuasca shamanism among the local Quechua and Shipibo indigenous groups. 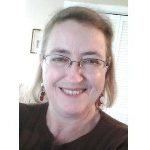 I moved to Tuscaloosa in May from Central Texas. I’ll be pursuing the MA in Biocultural Medical Anthropology. My interest is in the relationship between cultural practices and population health. 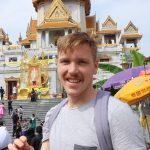 I graduated from California State University Long Beach in 2017 with a degree in anthropology. I have been interested in various topics and issues studied by medical anthropologists since the early years of my college education, however, recently I have had an equally profound interest in the world of specialty coffee. The specialty coffee industry, including both production and consumption, comprises a very small percentage of the global coffee market but has caught the attention of many social scientists. These researchers are mostly interested in the impact this industry has on coffee farmers in developing nations, however my current research focuses on the unique culture of specialty coffee consumers. In particular I am concerned with how culturally specific sensory experience is constructed and the social determinants of coffee connoisseurship 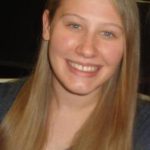 Broadly, my research focuses on differential health outcomes among agriculturalists living in rural, highland Nicaragua. I seek to better understand how and why different livelihood strategies are employed within varying economic, social, and ecological constraints, and how these choices impact household and community health and well-being. Additionally, I have further interest in and have completed previous research on the use of social networking sites and their relationship to the anti-vaccine movement in the United States. 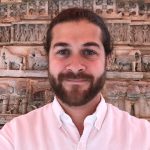 I recently received my Master’s Degree from Colorado State University, where I worked with Dr. Snodgrass focusing on psychological anthropology and religion. My thesis research explored the interaction between traditional religious values and the internet among university age students in Udaipur, India. I found that for those students who consider the internet to be a threat to traditional religious values, they also report higher levels of psychological stress.

For my PhD research, I plan to continue doing research in India investigating the relationship between religious ritual and health outcomes among Muslims in Jaipur, India, using stress biomarkers as outcomes. There is a gap in the literature regarding the specific mechanisms by which religious ritual contributes to well-being, which I hope to be able to address. My other research interests include online gaming, social network analysis, religion in general, and mental health. 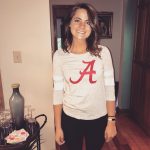 I graduated from Indiana University in 2017 with a BS in Human Biology and a minor in Anthropology. The combination of the two have led me to take an interdisciplinary approach to the study of biology and culture.

I am a biocultural medical anthropology Master’s student at UA. I am interested in assessing the relationship of childhood food insecurity and the risk of developing chronic disease in adulthood. Specifically, I am interested in inflammation biomarkers that have been associated with the development of heart disease. I would like to take a biocultural approach to study the relationship that adverse childhood experience due to food insecurity (i.e. home life experience) has on the elevation of the inflammatory biomarkers.

I graduated from Virginia Commonwealth University in 2018 with a dual degree in Psychology and Anthropology with a minor in Religious Studies. For my Undergrad lab I participated in Dr. Pawlowicz’s research using ArcGIS in Zambia.

My research interests include religion and aggression within a bio-cultural framework. Currently, I am interested in how Islam is viewed and understood in the South, and the possible affects being part of the local Muslim community has on an individual. For example, if a Muslim is faced with religious based aggression, does being part of a religious community help the individual deal with the stress.

Some of my outside interest include playing video games, drawing, and reading. 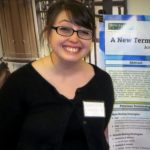 I received a B.A. in Psychology with a minor in Theatre Arts from New Mexico State University (2010) and an M.A. in Psychology from SUNY New Paltz (2013). I also have an M.A. in Biological Anthropology (2015) and a Graduate Certificate in Evolutionary Studies (2017) from Binghamton University.

My current research is focused on the ovulatory cycle, human olfaction, and the debate surrounding the existence of human pheromones. Additionally, I have an ongoing research project that examines language ideologies related to gender within biomedical research and the impact this has on trans* individuals. Previous research topics include female intrasexual competition on Facebook, conceptualizations of emotional and sexual infidelity, an evolutionary analysis of body ornamentation, and testing an evolutionary model of emotional states using Second Life. 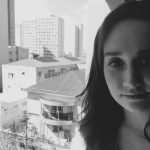 I earned a BS in Anthropology and Human Biology from Emory University in 2014 and a M.A. in Anthropology from the University of Alabama in 2016. Broadly, my research focuses on stigma surrounding drug use and misuse, from the ​perspectives of both members of society and individuals receiving treatment for substance use disorders. I utilize cognitive anthropological methods to conceptualize and visualize how people think about the etiology of addiction. This collection of ideas about the causes of a particular mental illness are referred to as “folk psychiatry” or “ethnopsychiatry,” and these have been shown to be guiding factors behind public attitudes of individuals with mental illness. In my Master’s research, I demonstrated that individuals who have a medical understanding of substance use and misuse stigmatize less than individuals who conceptualize addiction as moral moral deviance.

With my dissertation work, I seek to continue this research in urban Brazil, where rates of addiction and stigma are high, but treatment utilization is incredibly low.The project has two main objectives: first, to construct a culturally specific model of what people believe makes individuals susceptible to addiction (i.e., personal flaws, genetics, poverty?); and second, to use this model to explore experiences of stigma among people withsubstance use disorder and stigma attribution among people without substance use disorder in Ribeirão Preto. I argue that stigma must be understood as a relational and active phenomenon, and therefore the project focuses on both the perspectives of the stigmatizer and the stigmatized. This multidimensional approach is one that is rarely utilized by global mental health researchers, but is critical to fully understanding the scope of public health crises like substance use in Brazil. 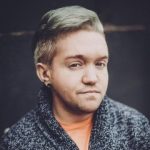 I received my Bachelor’s of Multidisciplinary Studies concentrating in Public Health with a Minor in Medical Humanities, and a Master’s degree in Sociology, both from the University of Nebraska at Omaha. Broadly, my research focuses on the influence the sociocultural world has on shaping the body; how lived experiences can impact the form, function, and overall health of people at all stages of development.

My Master’s thesis explored the embodiment of caregiving stress in younger-adult men caring for older-adult family members. I investigated how adherence to masculine norms can alter the amount of stress experienced by male caregivers, and how such stress manifests in the body measured by inflammatory biomarkers.

For my PhD research, I plan to continue in the same vein. Using a Critical Biocultural approach. I’m turning my attention to the rapidly changing social landscape of the here-and-now in North America and plan to explore the embodiment of the structural violence happening in our back yard. 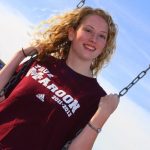 I am a first year Ph.D. student in Biocultural Medical Anthropology. I have a B.A. in Anthropology and an M.A. in Applied Anthropology from Mississippi State University. Broadly, I am interested in community health care and health care access among the poor. For my master’s thesis, I explored a cultural model of health seeking among the working poor in Tupelo, MS. My preliminary work for my dissertation studies has been focused on the relationship between moral categories of poverty and healthcare outcomes.

I am also passionate about community engagement and applied anthropology. As part of an applied anthropology graduate class, I worked with 4th graders in the community to discuss their visions of their community in the future through artwork. Images produced by the 4th graders and quotes were used to create books presented to participants, schools, and community leaders. This added the kids’ voices to the discussions among the community planners, and helped them learn about civic responsibility and their role in the community. The images were also turned into coloring books for the kids to keep to foster continued discussions about the future. 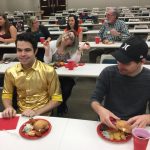 I graduated from Case Western Reserve University in 2015 with a B.A. in Anthropology and minors in Italian and Chemistry. I was drawn to Anthropology because of how it effectively challenges the “commonsense” approach to understanding the world. 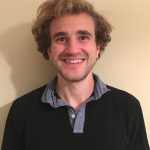 I received a BS in Anthropology and Sociology from Berry College in 2016. My undergraduate research explored the commonalities between religion and distance running in the lives of competitive distance runners. This work led me to question of how trance cultivation and other means of obtaining altered states of consciousness impact mental health.

As a graduate student at UA, I am interested in understanding how the cultural attitudes surrounding classic psychedelics impact the future of psychedelic therapy research. Specifically, my research looks at the ways in which the scientific community views psychedelics and how those views direct the course of clinical trials that use psychedelic-induced introspection to treat substance dependence. 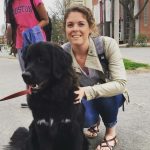 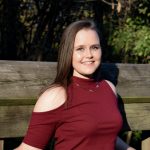 I am an Accelerated Master’s Student with a focus on Biocultural Medicine. My undergraduate studies are in biology and anthropology with the specialties of pre-medical and pre-health courses. My dream is to go to medical school and combine my anthropological and biological knowledge for the health and well-being of the community through integrative practices. 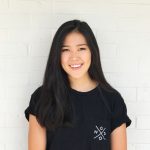 I graduated from the University of California Riverside in 2016 with a BS in Anthropology and a minor in Education. During my undergrad, I worked as a research assistant analyzing transcripts among African American cocaine users along the Mississippi Arkansas Delta and conceptualized the pathways to initiation and heighten use. I also served as the Statewide Opioid Data and Outreach coordinator through the AmeriCorps VISTA program at the Oregon Health Authority.

I am interested in Medical Anthropology with a research focus in drug use and misuse in relation to trauma among vulnerable populations. I seek to understand how trauma, production of biomedical knowledge, and stigma influence individuals to make choices concerning their health.