Anthropology / Grad Students / Archaeology of Complex Societies of the Americas 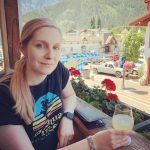 I received my Bachelor of Science in 2017 and my Master of Arts in Anthropology in 2019 from the University of Idaho. My undergraduate research included historical archaeology, bioarchaeology, lithic analysis, and was grounded in a strong four field approach, while my master’s research focused primarily on lithic studies. I am most passionate about combining traditional analytical methods with experimental archaeology to answer a wider variety of research questions. I am a PhD student in the University of Alabama Anthropology Department under Dr. Alexandre Tokovinine. My doctoral research will include work with lithic and stucco technologies to address in-migration, trade networks, and social aspects of these technologies. 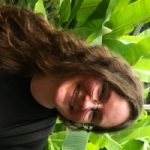 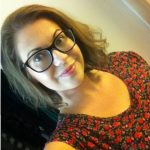 Jenna Hurtubise obtained her B.A. in Archaeology in 2012 from the University of Calgary and her M.A. in Anthropology in 2015 from Louisiana State University. She is currently working on her Ph.D. under the supervision of Dr. Lisa LeCount with a focus in Andean archaeology and bioarchaeology. Her research interests revolve around social identity, identity transformation, and how identity is manifested in the material record and on the skeletal body. Jenna has conducted research in Peru since 2009 where she has participated in numerous excavations and osteological analyses along the north coast of Peru. Her master’s research focused on identity transformation during a crisis ritual involving a multi-event mass human sacrifice that took place at the end of the Sicán state. Through examining the different burial events, body position, grave goods, and analysis of the skeletal remains, it was discovered that elites were sacrificing other elite individuals, thereby stripping them of their elite identity and transforming them into sacred objects.

Jenna’s current research focuses on how colonialism, an asymmetrical power relationship, can transform a group’s ethnic identity through analyzing the cultural and biological data from subordinate regional groups. In order to examine this relationship she examines the interaction between the Casma and the Chimú at the Pan de Azucar mounds and associated cemeteries located in the Nepeña Valley. During the 13th century A.D., the Chimú engaged in a series of territorial expansions along the Peruvian north coast where they conquered the Casma. Through examining overt and hidden features of ethnic identity seen in elite architecture, ceramics, mortuary practices, and bioarchaeological data her research will address how the Casma responded to the incoming Chimú. Additionally, her research will contribute to anthropological models of ethnic identity transformation, hybridity, and ethnogenesis during times of foreign conquest.
Aside from research, Jenna is involved in community engagement activities in Nepeña, Peru. These activities include teaching local children about the prehistory of the Nepeña Valley, osteological analysis, and how archaeologists conduct excavation. She is also a mentor for S.L.A.M. where she mentors UA undergraduate students in the Department of Anthropology and helps with graduate school applications. 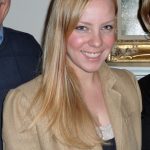 Hailing from Raleigh, North Carolina, I spent my undergraduate years at Wake Forest University earning a B.A. in Anthropology with minors in both Biology and Cultural Resource Preservation. While working as a research assistant in the WFU Archaeology Laboratory, my appreciation for the field grew. This appreciation eventually found me in Portugal in the summer of 2010 completing an archaeological field school. Continuing in this vain, I returned to Portugal the following summer with funding for research and the added responsibility of assisting with the field school. I have completed research in geologic sourcing, bone weathering, and Native American dentition. While it is true that my interests vary, I look forward to finding my passion at the University of Alabama and plan to use my M.A. thesis to bridge the divide between archaeology and physical anthropology. More specifics to come! 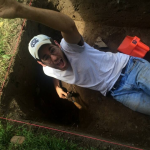 I graduated from the University of Kentucky in 2015 with B.A.’s in Anthropology and History. Around this time, I worked for the Kentucky Archaeological Survey, the University of Kentucky Program for Archaeological Research, and the William S. Webb Museum of Anthropology. During my employment, I developed a passion for Late Precontact archaeology in the Southeastern US and for archaeological applications of GIS and remote sensing. This led me to East Tennessee State University where I specialized in both under the direction of Dr. Eileen Ernenwein. In 2018, I graduated from ETSU with an M.S. in Geosciences in the geospatial analysis concentration.

My thesis research was conducted at the Singer-Hieronymus Site Complex (Fort Ancient culture) in central Kentucky and consisted of an integration of spatial technologies with traditional archaeological methods. Broadly, my research did two things. First, it furthered the methodological development of landscape-scale electromagnetic induction survey (EMI), and demonstrated the significance of this underutilized geophysical method for archaeological use worldwide. Second, in combining spatial technologies with archaeological methods, the history of occupation at Singer-Hieronymus was refined, and a detailed map of site size and organization was obtained.

My research interests still heavily lie in the utilization of spatial technology to aid in addressing broader anthropological questions. More specifically, I am interested in combining spatial technology with anthropological concepts at different scales to address the organization of social, political, and religious institutions among and within Late Precontact Native American cultures and their communities in the Southeastern US. 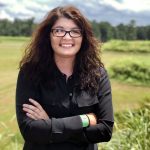 I am a doctoral student with interests in native identity and agency at Late Mississippian and Contact era sites in the Southeast. I received a Bachelor of Arts degree in anthropology from Auburn University in 2013 and a Master’s degree in anthropology from the University of Mississippi in 2017. My thesis research focused on the stylistic variation of a ceramic assemblage from a Late Mississippian to Early Contact era site in northeast Mississippi. My analyses identified a hybrid ceramic assemblage was present based on the presence of surface decorations and tempers from Mississippian and historic Chickasaw types in association with one another in discrete feature contexts. The presence of these ceramic styles together identifies a link between the fifteenth-century Mississippian world and the historic Chickasaws of the eighteenth-century.

My dissertation research will focus on identity and agency during early interactions between the Spanish and Natives at Spanish mission sites along the Georgia coast.  The movement of people and the creation of new communities make sites from this period ideal to understand social relationships and how those relationships are conveyed through material remains like ceramic wares. I will use ceramic assemblages from Spanish mission sites to understand the formation of new native identities through the choices potters make by recognizing the resistance of new practices, persistence of traditions, and change caused by agency.