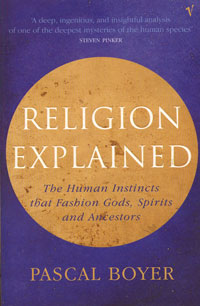 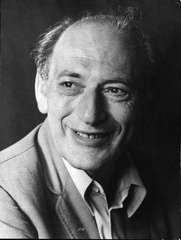 Studying the Stone Age is almost so boring that it’s rude, right? Researcher Yulia Ustinova has the right idea (second only to studying history while actually stoned) by approaching ancient peoples specifically to find out what type of mind-altering shenanigans they were into back then.

Her research focuses mainly on the role of Greek religion within society, and her current project is entitled “Mania: Altered States of Consciousness and Insanity in Ancient Greece.” Sounds entertaining to say the least. Among a ton of papers and chapters in collective volumes, Ustinova has written two books entitled: "The Supreme Gods of the Bosporan Kingdom: Celestial Aphrodite and the Most High God" and "Caves and the Ancient Greek Mind. Descending Underground in the Search for Ultimate Truth." She currently teaches at Ben-Gurion University of the Negev, but has also taught in London and Chicago and conducted research in Leningrad. Suffice it to say she’s pretty legit.

Her article “Consciousness Alteration Practices in the West from Prehistory to Late Antiquity” gives an overview of the people, practices, and potentially harmful substances we can study beginning with the Stone Age. The specific stories she mentions can be understood outside of their cultural context, making them easy for us uncultured swine to understand what they’re all about.

So let’s rewind a few years.

PREHISTORY: What a mystery

Because humans in the Stone Age didn’t communicate with writing, we are left with their art, i.e. cave paintings, for clues about their experiences with altered consciousness. We have vague ideas that they did indeed have these experiences, because their drawings tend to mimic certain visual hallucinations like zigzags, grids, and dots. Some consider these images “embodied metaphors expressing subjective feelings of death” which describe an individual’s experience of altered consciousness. In the Neolithic period, art started resembling certain visual phenomena like spirals, which according to modern shamans may represent doorways between dimensions. From Paleolithic to Neolithic eras, people began using various other methods of altering their consciousnesses, including:

It's likely that all of these were used in a religious context.

PROTOHISTORY: Or as I like to call it, Brotohistory

Protohistoric peoples are less mysterious because they began leaving texts giving us the dirty details. Herodotus gives the first account of a “purification rite” involving hemp seeds as a hallucinogen. This showed that in Iranian-speaking cultures, hallucinogens were used in religious ceremonies, and that other Europeans used hemp as a psychoactive substance. Also, accounts from this time period give us more information about the Germans, Celts, and a few other peoples beginning to use alcohol in their cultures.

ANCIENT NEAR EAST: Things get interesting

In the Ancient Near East, which Ustinova clarifies as being “part of the West because the Mediterranean world has always served as a bridge between Northern Europe and the Levant,” we find more of these kooks using opium and other plants like water lilies for mind-altering. In several cultures such as Minoan and Egyptian, opium and other plants were most likely used specifically to alter states of consciousness. They also used beer and wine in social and ritual contexts. Around this time period, people started believing that altered states of consciousness were linked to prophesy giving. The Mari texts from 18th century BCE give counts of men and women “possessed” by spirits and they named them ecstatics or respondents. These texts detail the culture's perception of prophetic moments. Furthermore, in ancient Israel, what they called “inspired prophecy” played a huge role in the culture. For example, Ezekiel’s vision in the Old Testament gives a primary recollection of altered consciousness. His experience takes on several hallucinatory forms: visual, auditory, gustatory, tactile, and kinesthetic. This may have been some form of synesthesia.

The Greeks studied many ways to liberate their souls from their bodies at will, including meditation, bringing themselves to the verge of death, welcoming possession, and so on. They viewed this separation of the body and soul as the ultimate way to gain wisdom--a wisdom that was not attainable when the soul was restricted by the body.

Lastly, Ustinova examines the Roman Empire, which essentially adopted the consciousness-altering practices of the Greeks when the Greek and Near East cultures flooded theirs. This led to mysteries such as the Greco-Roman Mystery of Isis; initiates were made to feel the anguish of the goddess Isis and live through it. They approached the "threshold of death" and experienced contact with the divinity. The Roman Empire also birthed Plotinus, the Father of Wetstern Mysticism.

From the Stone Age to Late Antiquity, individuals definitely experienced and experimented with altered states of consciousness. As time passed, accounts and records became more specific, individualized, and culturally relevant. These events and people have extreme influence in the development of human history, and the study of such practices is still very relevant today.

So the next time you're bored in history class, wondering how it's possible that at one point the Austrian army actually attacked itself to the point of self-inflicted decimation, just remember it could be due to the fact that they were probably high on opium. #history.