Rebecca Seligman is a medical and psychological anthropologist at Northwestern University. Seligman received her PhD from Emory in 2004. Her current research looks

into both the mental and physical health of Mexican Americans, specifically between diabetes and depression.  Her work on dissociative experience and cultural neuroscience, with Laurence Kirmayer, was published in 2008. Kirmayer is a MD of transcultural psychiatrist and currently a professor of psychiatry at McGill University.

All dissociation falls into one of three classifications: a neurological reaction brought on by stress or trauma; social performance or ritual; and fluctuations in everyday consciousness, which generally go unnoticed.  It is often thought that even though these three forms of dissociation are caused by three different things, the psychophysiological mechanisms that induce these altered states are the same. Unfortunately, we don't know enough about the underlying functions of dissociation to draw any conclusions. Through our desire to learn more about dissociation, two different approaches or paradigms have been developed.

The first is a psychiatric paradigm which is derived from clinical research on stress and trauma induced dissociation. Psychiatric dissociation is referred to as "adaptive" and it postulates that dissociation is a biological function and a natural mechanism of our subconscious triggered by emotional feedback. Fugue states, amnesia and identity disturbances are examples of neurological issues psychologists focus on when referring to dissociation. Many researchers in the psychiatric paradigm believe stress and trauma reactions were evolutionary precursors to dissociation. Dissociation allowed our early ancestors to enter a trance state to reduce anxiety and stress during traumatic events, similar to trance states experienced by many animals before death. The trauma survivors go into what's referred to as "dissociatiave coping" which minimizes or even eliminates memories of traumatic experiences that could be triggered by almost anything and cause extreme emotional reactions. When we don’t completely dissociate post-traumatic stress disorder can frequently develop.

The second discipline is the anthropological paradigm which was built on research of social dissociation which is generally confined to religious and spiritual practices or healing ceremonies.  This social idea is known as "discursive" (as opposed to this blog which some might call "distyping"). From the anthropological aspect discursive dissociation is a social behavior that requires people to become immersed in cultural practices designed to distance them from preconceived thoughts and notions.  Social dissociation cultures frequently use spirit possession as a way to show status or power, and advance socially. Standards, customs, and rituals vary so drastically from culture to culture that few anthropologists attempt to define dissociation as a whole, but rather attempt to understand it within the constraints of a specific cultural group.

The two paradigms seem to share few similarities on the surface, which has created what Seligman and Kirmayer refer to as a "false dichotomy". The problem with this is that many people feel compelled to side with one of the two disciplines. Due to this many people either feel dissociation is adaptive and all dissociative symptoms are due to neurological mechanisms responding to emotional stimuli, OR dissociation is purely a social byproduct and it allows people to communicate feelings, establish communal hierarchy and follow cultural expectations. But like most things in the world, the process of dissociation is not black and white. Seligman and Kirmayer suggest that significant progress in each respective fields could be achieved if the two sides worked together. Many aspects of both the psychiatric and anthropological definitions are not mutually exclusive, in fact Seligman and Kirmayer say we need an integrative view of dissociation if we want to fully understand the meaning and mechanics. 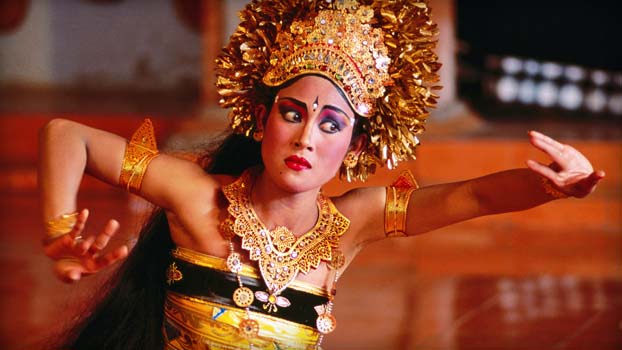 The psychiatric-adaptive discipline is the most widely held view point and is considered the dominant paradigm, encompassing all stress and trauma related dissociation. Most of this dissociation is normal and we’ve probably all experienced it, maybe without even realizing it. But a small amount of this is considered pathological dissociation which covers fugue states and amnesia like mentioned before, but also includes PTSD and many other stress and trauma related disorders. These can affect everyday perception, cognition and attention, as well as disorganize and compartmentalize memories. Depersonalization and derealization are also serious problems of dissociative coping. The prior causes you to feel like you’re only watching your life but someone else is controling it (which sounds absolutely horrifying), and the latter makes you question if you, your friends, the world and everything else around you even exists.  These ailments are predominant in Euro-American countries where trance states and social dissociation are rare, yet people are always told to “talk about your feelings”.  In the Eastern world (and many still developing areas across the globe) dissociation, meditation, and social performances are common. In these areas stress and trauma related disorders are rarely reported or observed dissociative researchers. A great example of this was a study done by Wikan in 1990. The Balinese have been taught to avoid extreme emotion, and use dissociation as a coping method for stress almost daily. They maintain a smooth demeanor and show little emotion to not disturb spirits and upset the Gods. The Balinese believe that if emotion is displayed at the death of a loved one the spirit will be harmed in passing and may never find its final resting place.  During these times they partake in religious and performance dissociation practices, and have been recorded with lower levels of stress during this time as well.

According to Seligman borrowing ideas and knowledge from the opposite paradigm could have significant benefits, and should always be looked into. Take the Balinese in the story above for example; a social dissociative culture that developed stress reducing methods has had many psychiatric practitioners observe and research their culture and habits in the same fashion an anthropologist normally would. Similarly, many anthropologists could benefit from psychiatric work when modeling based on hypnosis to compare to the cognitive functioning of a research group. Developing future understandings of cognitive mechanisms and evolutional background will create an atmosphere in which social and psychological ideas will be more interchangeable, but the two paradigms working together may be the only way that happens and we truly understand dissociation.